Jorge Rodriguez-Gerada was recently invited to Goes in Holland to paint a new mural. He just sent us his photos and explains what is the concept behind his piece:

“In the city of Goes (pronounced “Hoosh”) I photographed three young women and combined their features to create a composite face. I researched the local historical identity and became intrigued by the traditional costumes that were commonly worn until the 1960´s. They differed depending on which town and region you lived in. You could tell the difference between unmarried and married people, widows and widowers and even religions and professions just by the dress. Children had their own costumes as well. The gold mirror jewelry that they used is so unique that I decided to add it to the final design.” 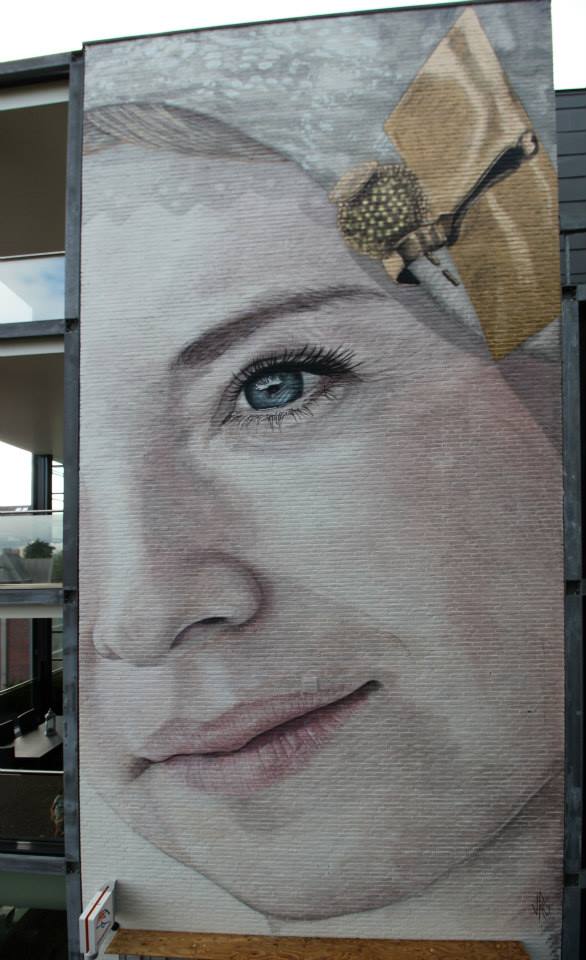 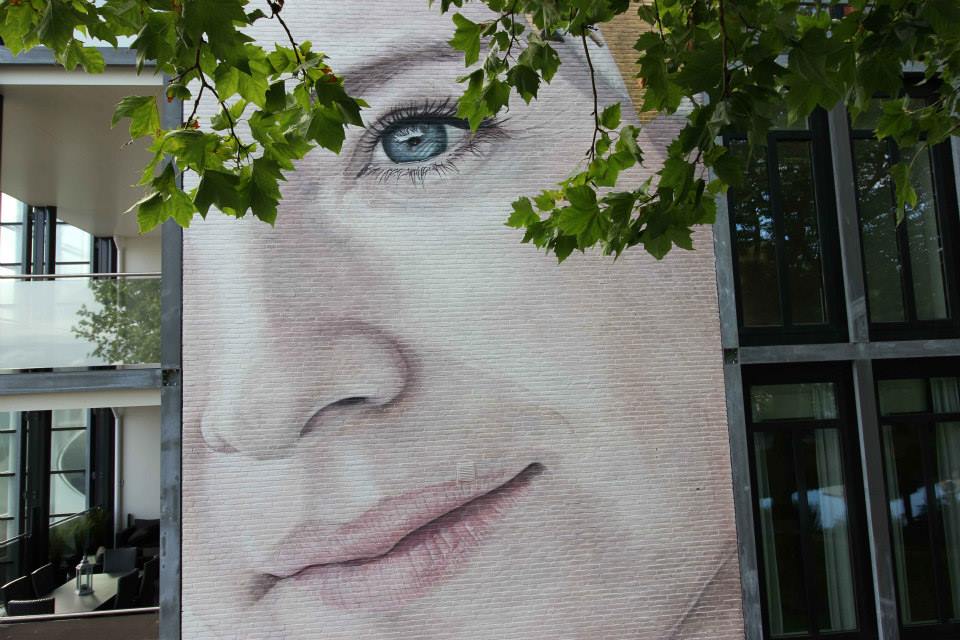 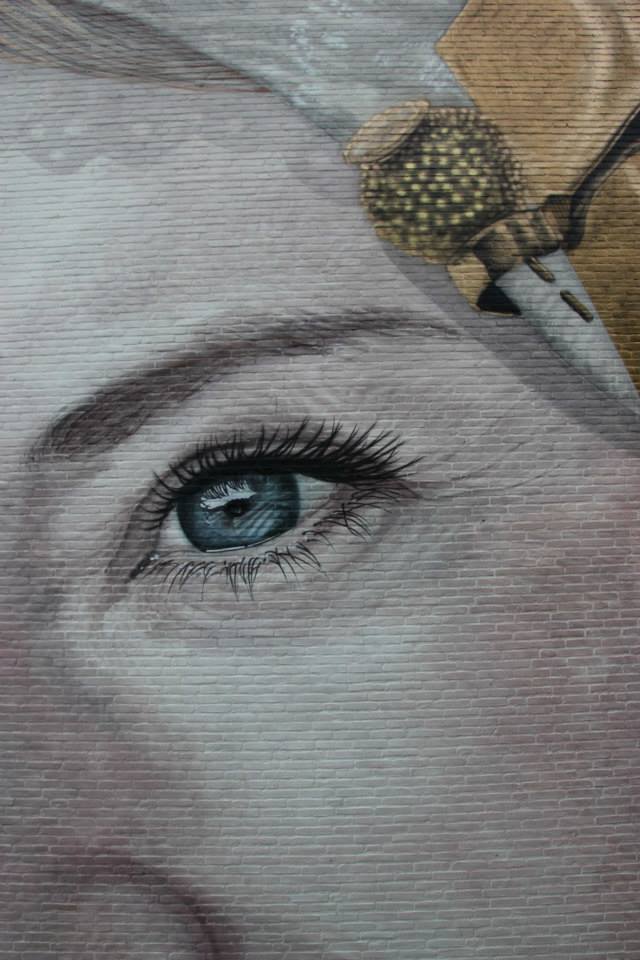 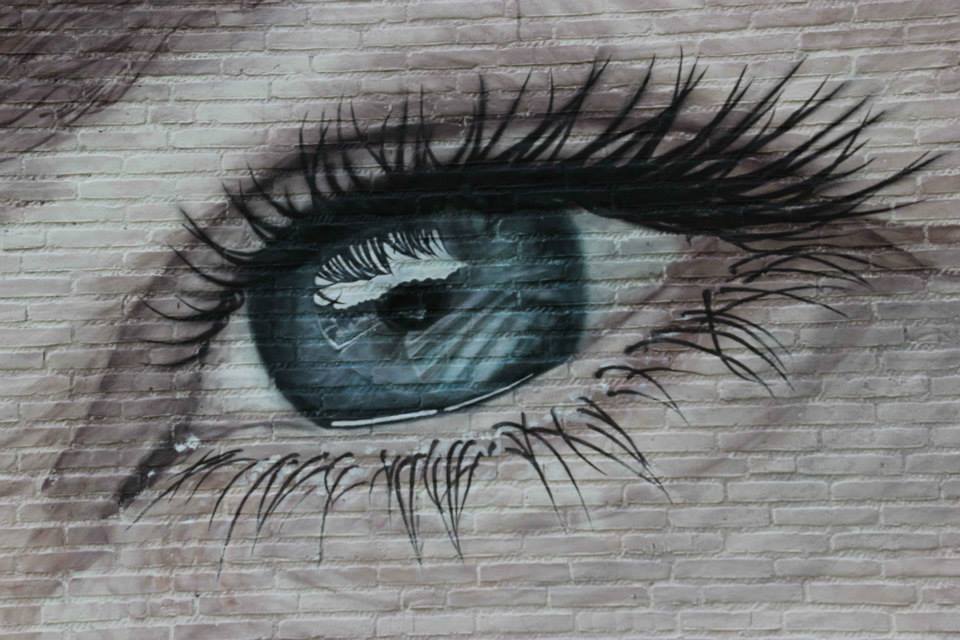 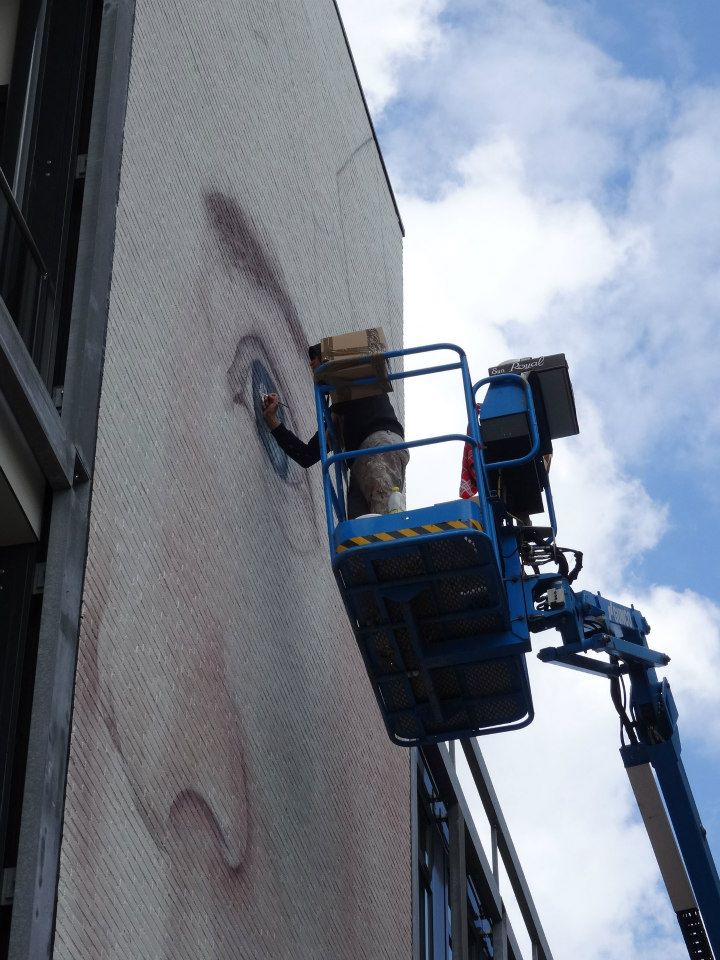 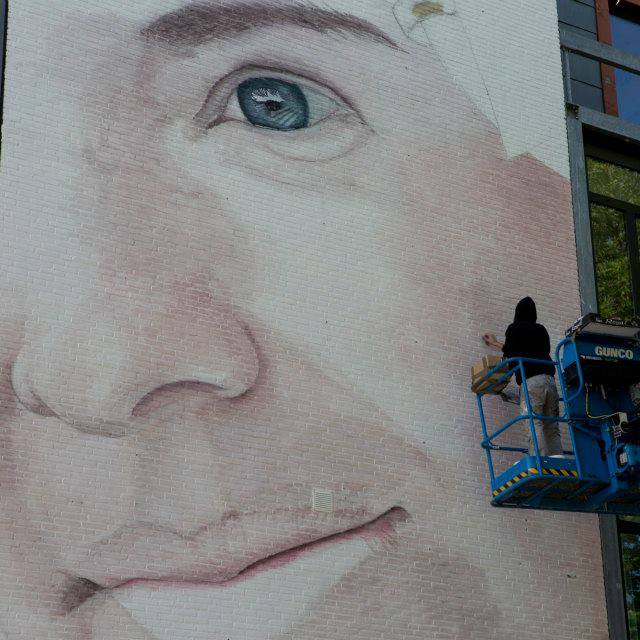