In January of this year, we had the honor to welcome and curate the first mural in Spain of the French duo Monkeybird. The two artists based in Paris are specialized in large scale stencils which they all cut and produce manually (no machine-cut stencil). They spent three days to paint this new permanent mural which incorporates a monkey and a humanoid bird representing “the two faces of humanity; the monkey is the realistic face and the bird is the dreamer”. Stencil art to the fullest!

Here are for you some photos and a video of the process shot by Agustina Arán. You can also go and admire it directly at Guzzo – Plaza Comercial 10, Barcelona. 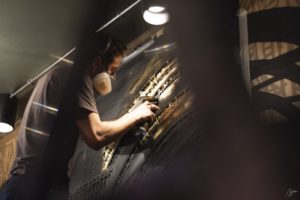 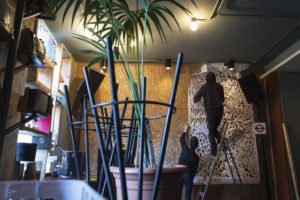 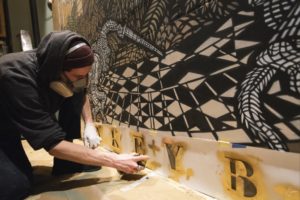