TURKESA is from Zaragoza and is based in Barcelona.

She is very little when she starts drawing and decides going to the School of Arts and Crafts in Zaragoza. There, while studying, she meets her first mentor and teacher Ignacio Mayayo, for whom she poses on some occasion and goes out for life painting. At the same time she begins tagging on the streets, and unknowingly commits her career as an urban artist.

After moving to Valencia to study Fine Arts at the University (studies that she leaves and picks up intermittently), she is travelling meanwhile between Sardinia and Spain. She then studies photography for a year in London, where she begins her 24/7 career as an artist.

During these years, Turkesa has exhibited in numerous European cities, as well as participated in international graffiti festivals all over the world, trying to provide a place on the map to the female art, especially in urban areas. Her early graffiti nickname was Rabodiga, which changed few years after by the current TURKESA. 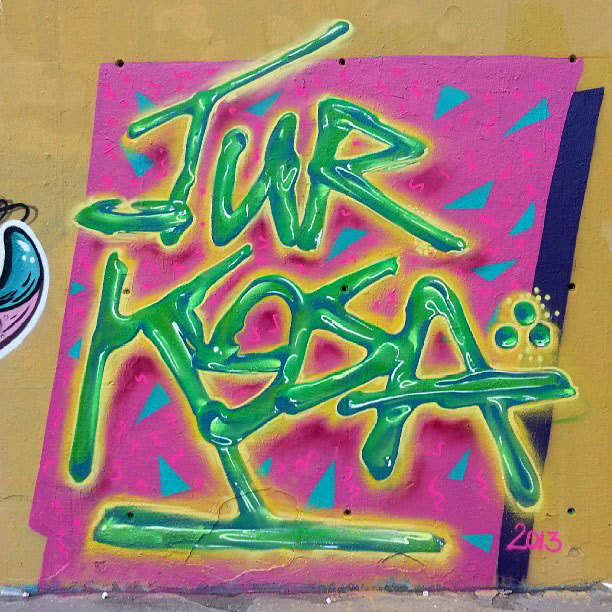 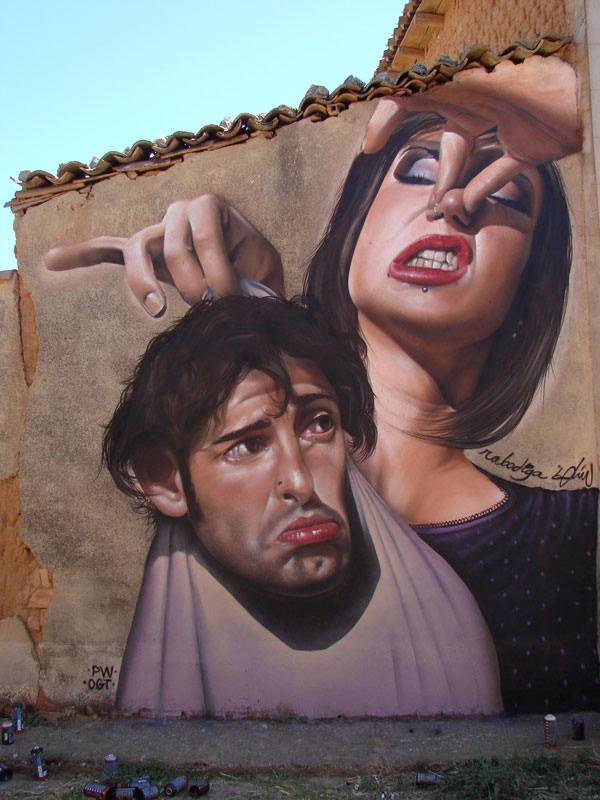 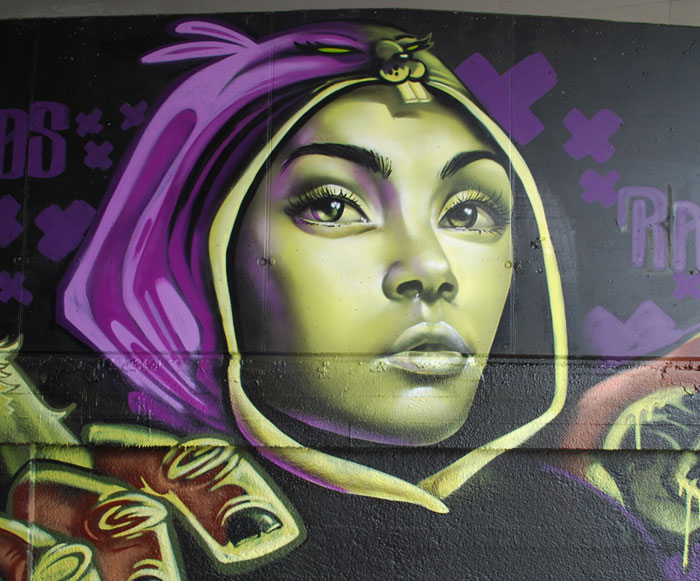 She began tatooing in 2011 and won immediatly an award at the Barcelona Tattoo Expo tattoo artist for Best Novel of the year.  Turkesa currently works as a tattoo artist in Barcelona, and combines it with the mural painting, painting on canvas, and preparing eventually some solo exhibition for next year.

Turkesa’s label has always been female representation, and since the beginning has evolved as the artist has grown. Lately she is looking for new ways to stay away from the female figure, which has unconsciously used repeatedly as an alter ego. She recreates a sense of femininity from the fight, based on nature and the unseen. 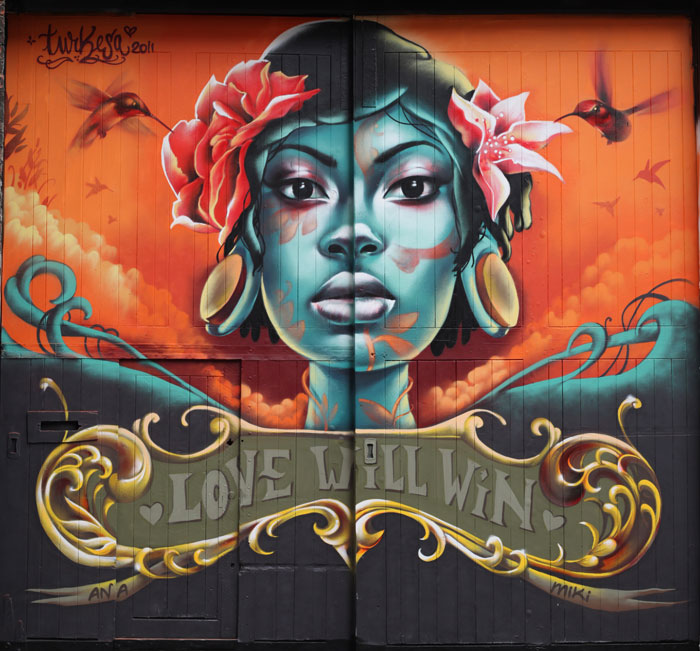 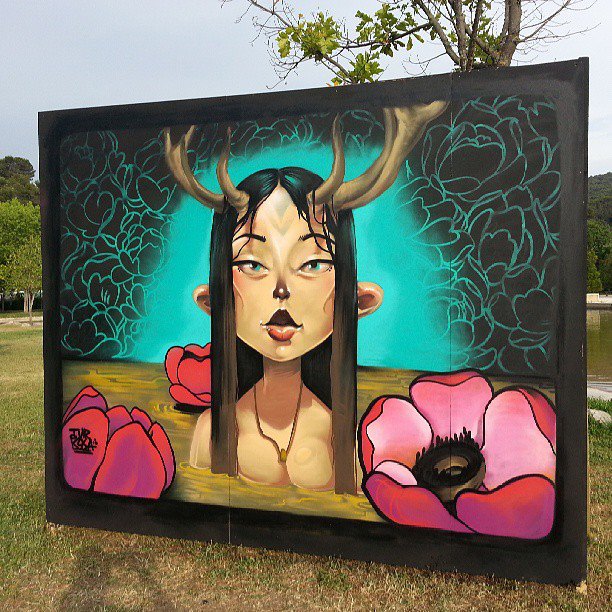 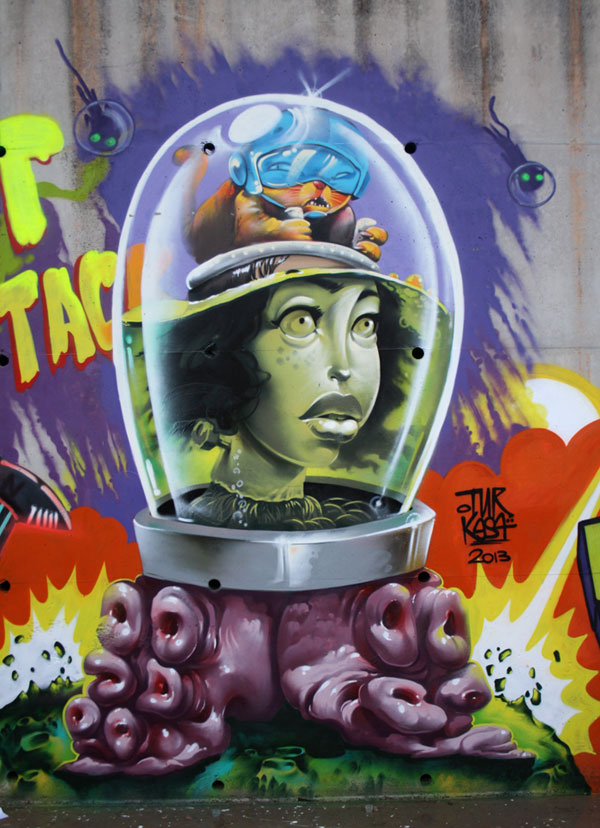 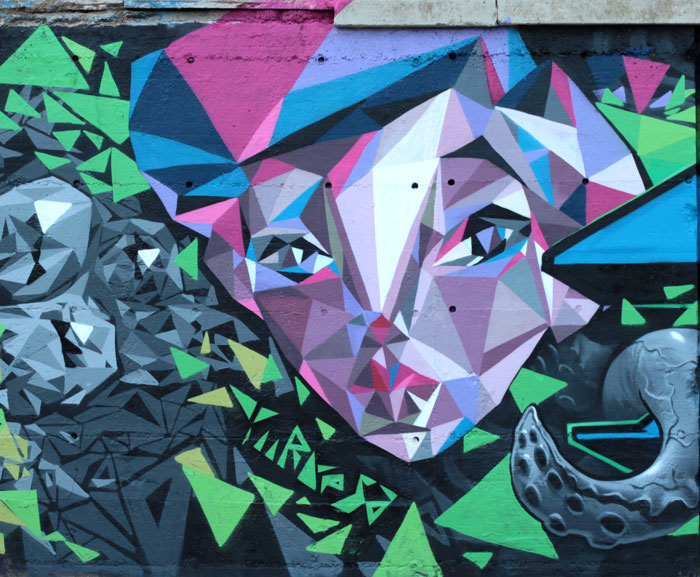 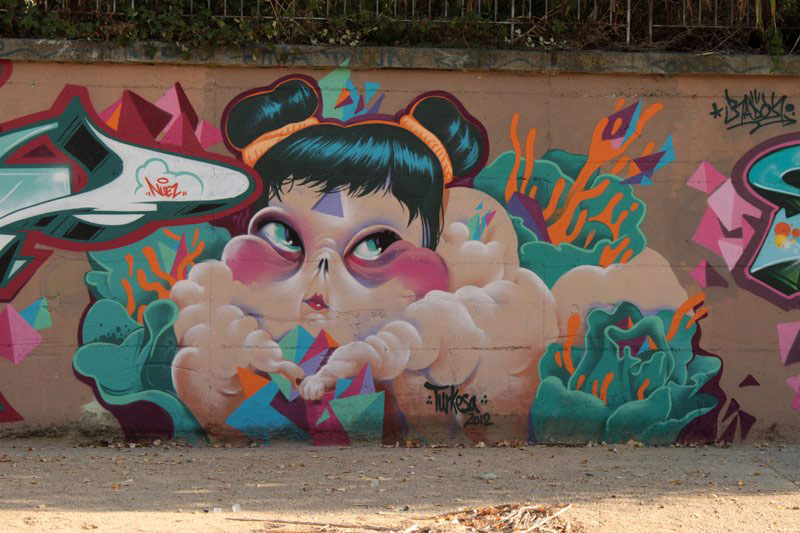